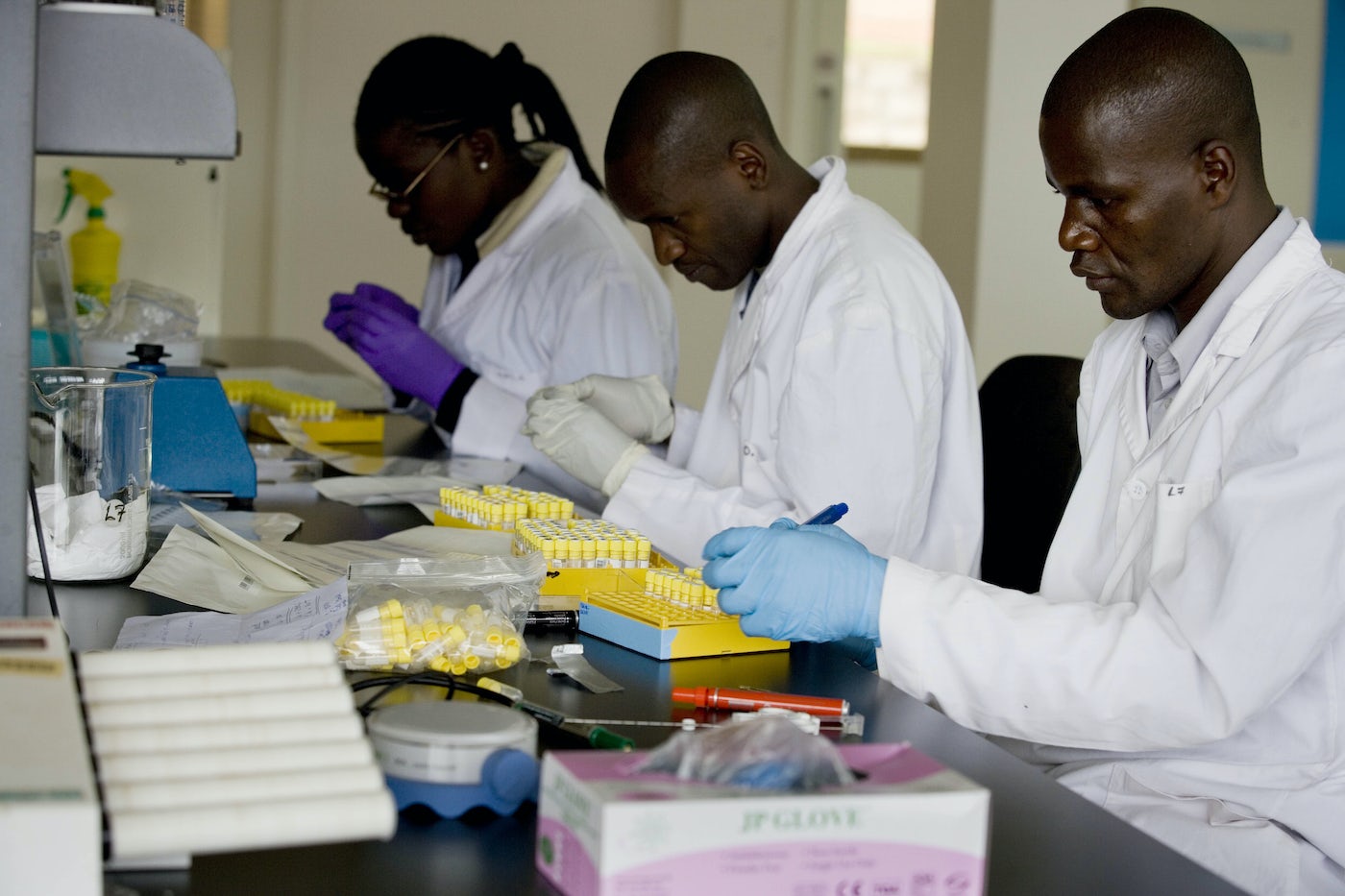 Professor of Tropical Medicine at University of Oxford

How Africa can close its continent-wide science funding gap

Professor of Tropical Medicine at University of Oxford

The idea that Africa's development depends critically on science, technology and innovation is embodied in the African Union's Agenda 2063. This document emphasises economies that are led by innovation and driven by knowledge. But the continent has some serious work to do if it's to create such economies.

The good news is that there are grounds for optimism. And those grounds will only grow if African governments – as well as the continent's private sector – ramp up their scientific investment in the coming years.

There are increasing signs of coherence in developing scientific strategies across the continent. The first comprehensive attempt involved the African Union and the New Partnership for Africa's Development (NEPAD) coming together in 2003 to initiate a series of consultations. These resulted in Africa's Science and Technology Consolidated Plan of Action (2005–2014).

The plan was criticised on a number of grounds, especially for not being adequately linked with other pan-African initiatives, but it recorded some real successes. Between 2007 and 2013 total investment in African R&D grew by about 54%, albeit from a low starting point. At the same time the continent's output of scientific publications rose by 60%, compared with growth in Europe over the same period of just 14%.

Its successor, the Science, Technology and Innovation Strategy for Africa, was launched by the African Union in 2014. It is a ten-year strategic plan and has been widely bought into by national governments.

Another cause for optimism is a whole set of new initiatives to support the development of a research culture in Africa. For instance, the World Bank has partnered with national governments to create centres of excellence across the continent in many disciplines. The bank is also involved in an initiative to train 10,000 new PhDs in applied science, engineering and technology.

In 2015 the African Academy of Sciences and NEPAD, together with a group of international partners, launched the Alliance for Accelerating Excellence in Science in Africa. This is a new platform to develop and fund major initiatives in science across the continent. The alliance's establishment has been welcomed by the African Union's heads of state.

These new developments are exciting. But it is also important to be realistic about what more is required. African science needs billions – not millions – of dollars in investment. If the continent wants to achieve even the world average for the number of researchers per head of population, it will need to rapidly train one million new PhDs.

There will need to be investment in infrastructure and career development, both at universities and other research organisations. To achieve this the continent will need to invest another US$2 billion in R&D each year.

Where will the money come from?

For the most part, it will be up to countries themselves to invest this money, rather than international partners – though such partners' contributions will remain essential for targeted and catalytic effects.

Some countries are beginning to take up the baton. Between 2009 and 2013 Ethiopia increased its investment in R&D by more than 150%. In 2013 Kenya incorporated a commitment to spend 2% of its GDP on R&D in a new Science, Technology and Innovation Act. The heads of state of Mauritius, Rwanda and Senegal have all made strong commitments to a future that's led by science.

Governments are not, of course, the only potential source of funding.

In the most successful science-led economies globally a substantial proportion – sometimes the majority – of funding comes from the private sector. In South Africa and Namibia up to 30% of investment in R&D comes from business. Elsewhere in Africa there is practically no such investment.

The other important source of funding globally but untapped in Africa is philanthropy. At the beginning of 2016 there were 24 African billionaires, with assets totalling more than $100 billion. This raises the question of whether there will ever be an African equivalent of the Bill and Melinda Gates Foundation, which focuses on funding scientific research and innovation.

The money is there

Whatever the potential spread of funding, there is no doubt that the prime driver has to be African governments investing in their own future.

In 2007 African leaders committed to invest 1% of GDP in R&D. Starting from a low base, actual investment had reached 0.45% in 2013. Africa's estimated GDP is $2.4 trillion. Simply achieving the 1% already committed to would release an additional $12 billion a year for science. By 2050, on current estimates, this would rise to $300 billion dollars a year compared with today's approximately $20 billion.

The money is there. The challenge is to make sure that it is invested in science innovation and technology for Africa's development.