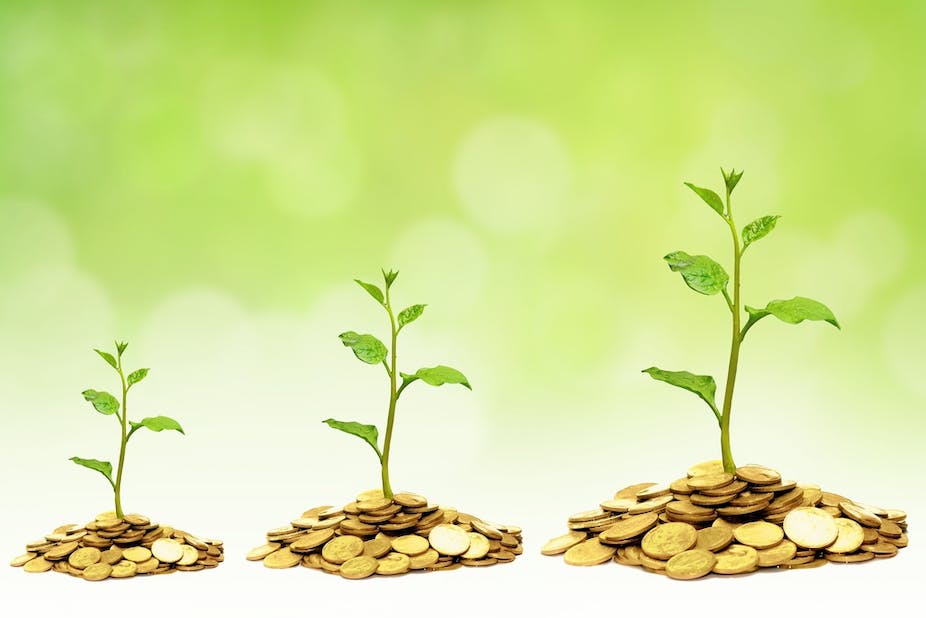 Academic in the Department of Business Management at Stellenbosch University

Despite barriers, South Africa is a good place for impact investments

Academic in the Department of Business Management at Stellenbosch University

There’s no doubt that the world faces tremendous challenges. There is enough food in our world to feed the hungry – but it’s not evenly distributed. There’s sufficient medicine available to treat a number of dread diseases – but this often doesn’t reach those who need it. There are innovative ways to supply water and generate energy – but they cost money.

It’s clear that governments alone cannot fix these problems. The private sector has a critical role to play, too. However, generating financial returns from investments in social and environmental projects can at times be difficult, but impact investments have provided competitive returns. And the private sector, by its nature, wants to make money.

Impact investing has been posited as a possible solution to this conundrum. It’s defined as an approach where the investors’ goal is to create a measurable social or environmental impact while generating financial return. A prime example of an impact investment that has achieved both the motives is the International Finance for Immunisation Fund. This fund was established in 2006 to finance immunisations in the world’s 70 poorest countries. With support from the Gates Foundation, 213 million children have been immunised, preventing more than 3.4 million premature deaths. Over US$1.6 billion has been raised through this fund and it retained its premium AAA credit rating. The fund provided returns slightly higher than market returns when compared to similar government bonds.

More than two thirds of existing impact investments have been made into emerging markets such as South Africa and India. Given this focus, South Africa is perfectly positioned as a gateway for impact investors wishing to target the African continent. The country has strong financial systems. It’s also looking for new ways to mobilise capital for small businesses, address unemployment, strengthen key economic sectors and lay the groundwork for impact investors in the country.

But is South Africa ready to accept and work with impact investors? We conducted a studyto find out. This investigated the views of a sample of seasoned local impact investors and other role players in the market. By doing this, we were able to identify the barriers and opportunities which investors face.

The empirical evidence showed that there were more challenges than benefits. According to the interviewees, the most important barriers centred on the shortage of investment ready deals and the lack of detailed and clearly formulated social or environmental impact objectives.

What the experts said

We interviewed 13 experts – among them asset managers, academics and consultants – who confirmed that there is a growing acceptance and awareness of impact investment in the South African market.

However, the interviewees identified several barriers to growing the market, many of which were interrelated. One of these was how new and unknown the idea of impact investment was in the country.

Another was the lack of investment ready deals in South Africa where impact investors could get involved.

Our interviewees also worried that there wasn’t enough financial and technical support for small and medium-sized social enterprises. Investors are currently all competing for the same pipeline of bankable social enterprise-based projects. They expressed the need for more support from among others, the development banks, to grow these enterprises so they become mature enough to have a lower risk profile.

Other barriers included the lack of standardised, detailed reporting measures. One of the key elements of an impact investment is the need to measure and report social and environmental change. In contrast to financial reporting, the guidelines available to entities to report on environmental, social and corporate governance management are less sophisticated. Some guidelines do exist in the global arena. Initiatives like the impact management project are also useful: the project aims to create worldwide consensus in measuring and managing impact.

Much work, however, remains to be done. Measuring changes in human behaviour at a beneficiary level is not as easy as measuring data points. One also has to be cognisant of the context in which an impact investment initiative exists because a developed world perspective is often different from that in the developing world.

The good news is that, despite these barriers, there is a lot of evidence to suggest South Africa has a growing impact investment market.

There is a growing call in contemporary market economies for ethical, socially inclusive capitalism. So now is a good time for South Africa to get ahead of the curve and prioritise this sort of capitalism.

Asset owners and asset managers are also becoming more receptive to the notion that they can affect social and environmental change through the financing they extend. Members of President Cyril Ramaphosa’s special economic envoy have recognised impact investing’s potential influence.

We would suggest that transparency will be key in growing impact investment. Those in South Africa who are already involved in impact investment must be more willing to share their success stories of how they matched their financial and impact objectives as well as the techniques used to effectively report their impact. This will encourage others to follow suit, seeing the benefits to both the country and their own bottom line.